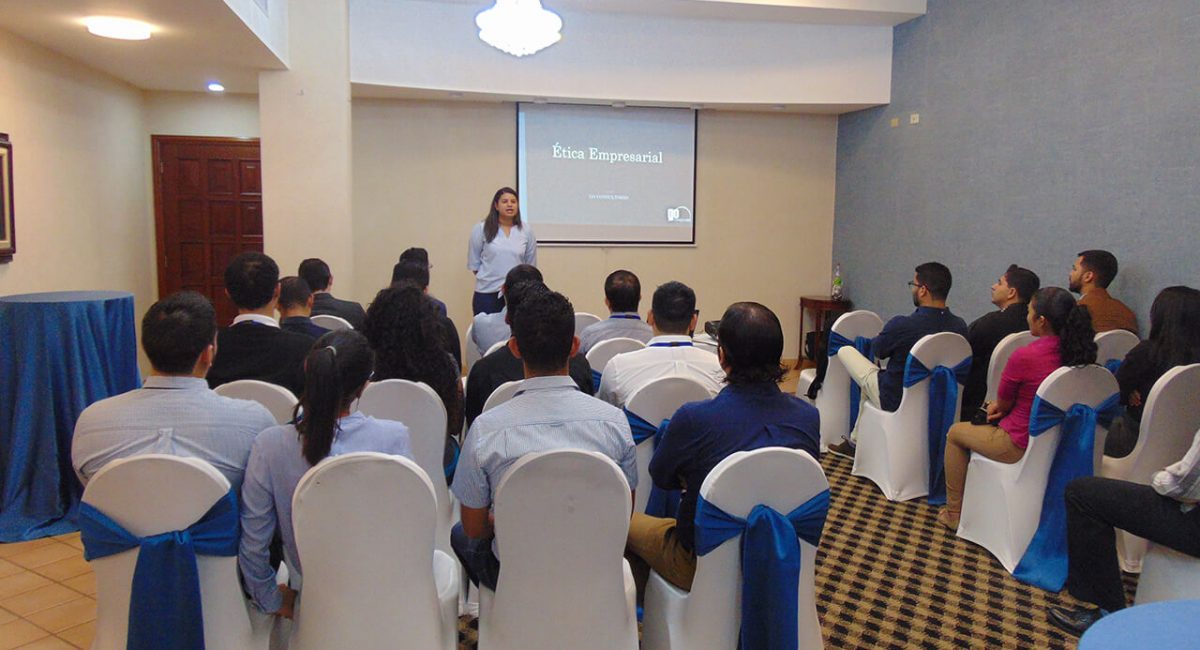 Launching of its initiative of Corporate Social Responsibility

Last July 04, 2019 Go Consultores launched its initiative of Corporate Social Responsibility. The event was intended to its collaborators who successfully participated in the activity. According to the data of the Organization Committee, 100% of its collaborators attended the event. The activity started with an explanation to the attendees about what is involved in being a socially responsible company. Right there the backgrounds were explained as well as the prior work that was performed by the company during the previous months to be able to launch this initiative.

Afterwards, a talk was given about Corporate Ethics. In the course of this talk, Carmen Hernandez provided a full explanation of the basic tools ( Ethics Code, Ethics Committee and Reporting Channels) which intervene in the Corporate Ethics. In addition, the attendees were reminded about Go Consultores values which are: professionalism, integrity, respect and teamwork.

Lastly, an introduction was offered in respect of the covered sections by the company ethics policy: corruption and bribery, unfair competition, conflict of interests, money laundering and information security. Finally, the company’s actions to cover issues of interest on this regard related to Health and Security, Labor Conditions, Training and Professional Career  as well as Diversity, Discrimination and Harassment.

As a third presentation Mr. Nerlyn Ramos performed an exposition which  was defined as an “environmental awareness”. This talk sought to recalled the attendees the importance of execute actions that contribute to the care of the environment and also help global initiatives to halt Global Warming. Topics such as sorting waste as well as energy savings were recalled.

To close  that presentation, the actions and results that the office has been executing since 2018 on this regard were presented as well as forthcoming actions, outlined in the 2019 plan.

After the talks, the Reporting Channel of Go Consultores was launched and also the beginning of the first ecological and social initiative (ECO BLOCKS) where our collaborators’ relatives were involved.

The activity finalized with the reading and acceptance of the Ethics Code, Labor and Human Rights policies as well as the approval of current environmental policies set by the company’s management.